WHAT'S NEW-NEWS-WISH I KNEW
IN AND AROUND LATA

IT'S COMING.  IT WILL IMPROVE PLAY FOR ALL OF YOU LEAGUE PLAYERS.  DON'T BE AFRAID OF IT.  IT'S A GOOD THING.

YOUR LATA RANKING OFFICIALS HAVE PUT INTO MOTION A MUCH NEEDED PLAN TO BALANCE THE B,C,D,E & F TIERS STARTING NEXT YEAR FOR IMPROVED LEAGUE FORMATTING AND COMPETITION.

ALL MEMBERS SHOULD READ THIS.  EVERY MATCH YOU PLAY AGAINST ANOTHER MEMBER BETWEEN JUNE 12th and DEC. 12th COULD HELP DETERMINE YOUR TIER FOR 2022.

CLICK ON THE PDF BELOW TO READ THE DETAILS OF HOW THIS WILL WORK.

We Encourage You To Read And Practice These Safety Guidelines 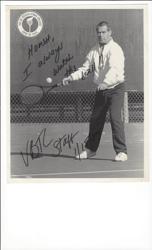 Well before the 20-year anniversary of LATA in 1998, the other seven original members of The Los Angeles Tennis Association had moved on to other sports, other interests, retirement from tennis, or had—way too early in life—passed on, while Mitchell Edward Nutick was still member, organizer and Treasurer then, and he continued this full participation until 2017 when his body finally could no longer keep up.  In that span of time, as our chief money officer, Mitch was instrumental in keeping the Organization afloat as it faced some extreme challenges:  a defamation lawsuit that threatened LATA’s existence; the AIDS epidemic; the designing and facilitating four league websites; researching and accommodating for new technologies in payouts and fee collections (“Paypal…what the f**k is that?!”);  the year-after-year addition of tennis activities, social events and excursions to keep up with demand for a Los Angeles Tennis Association that at one point was averaging a yearly membership of over 600 and could boast being the largest gay and lesbian tennis association in the world (600+ people who joined, and rejoined, because first, the league provided a comfortable environment for gay people to play sport and make friends at a time when such places were few and far between, and second, because this league—due to the planning and maintenance of its caring leaders—continues to be well run, very well run).  But what truly set our precious Mitch apart from anyone who has or ever will come along, was his not-so-obvious lifelong service as LATA’s chief cheerleader.  That’s the contribution we miss the most now.  He was perhaps—in his later years—the most curmudgeonly cheerleader an organization has ever had, but our most passionate cheerleader nonetheless.

...AN EXERPT FROM MITCH'S MEMORIAL NEWSLETTER.  IF YOU WOULD LIKE TO READ THE ENTIRE MITCH NUTICK STORY, CLICK BELOW...

"THE 30 YEAR HISTORY OF LATA" authored by Mitch Nutick